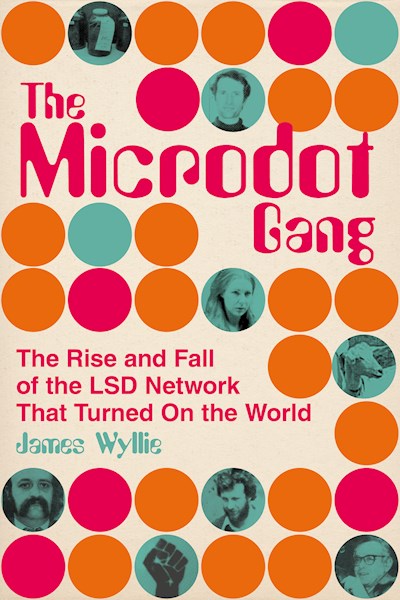 The biggest drug bust in British history occurred in the early hours of 25 March 1977: 800 officers made 120 arrests and seized a staggering 6,000,000 tabs of LSD.
The raids focused on two acid manufacturing centres: one hidden in an isolated farmhouse in deepest Wales, the other in a suburban house on a leafy residential street in south-west London. Between them they supplied acid to most of the UK, Europe, America and beyond. Tabs bearing their logo were recovered as far away as Australia.
James Wyllie tells the extraordinary story of how a middle-aged American academic, two idealistic British students, a public school cad and an American hustler formed the Microdot Gang and created an acid production line designed to turn on the world. It is the story of Operation Julie – a police operation unprecedented in scale, sophistication and complexity, the brainchild of an old-school detective who led an investigation that would eventually involve the security services, the FBI, the DEA, the Canadian authorities and the Swiss police.
Ranging over a decade and across several continents, The Microdot Gang is also a tale of how a cultural movement became a criminal enterprise, inspiring the war on drugs and launching a revolution that left an enduring and complex legacy.