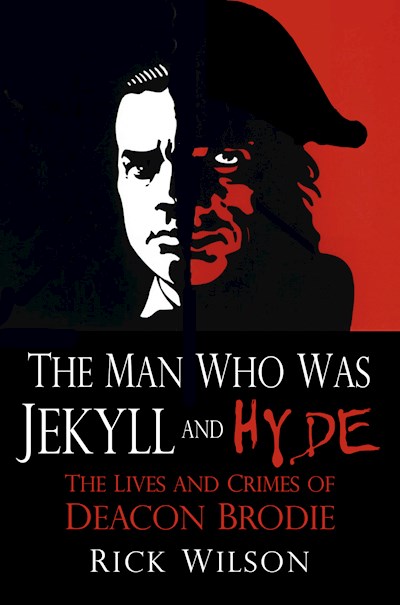 He was a respected cabinet-maker and councillor by day – but Deacon William Brodie changed into a sinister, thieving monster when darkness fell on the old city of Edinburgh. Cleverly employing his respectable reputation to access the richest members of society before stealing from them as a masked burglar, he used the resulting illicit money to fund yet another life – with five children and two mistresses. But Brodie – whose chilling story inspired Robert Louis Stevenson to create the classic tale of Dr Jekyll and Mr Hyde about a century later – came fatally unstuck when a captured accomplice informed on him. Then neither his ill-gotten gains nor his steel collar designed to cheat the hangman could save him… Author Rick Wilson offers a warts-and-all biography of Brodie, from his relatively innocent young years through to his public disgrace and execution… hanging on the very gallows he conceived himself.