The Man Who Didn’t Shoot Hitler 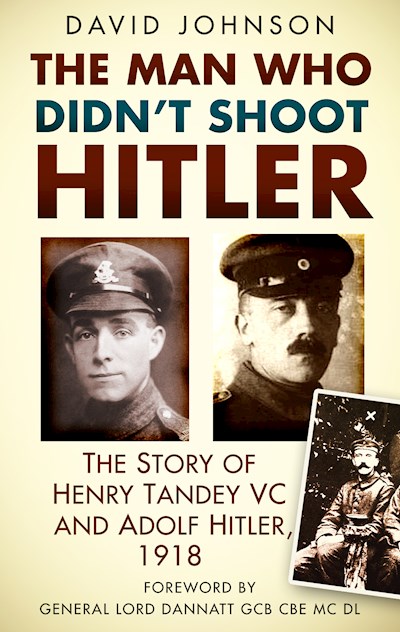 The Man Who Didn’t Shoot Hitler

This is the tale of two men.The first is Henry Tandey, an ordinary man later deemed to be ‘a hero of the old berserk type’, born and brought up in Leamington Spa, Warwickshire, who displayed extraordinary courage to emerge from the First World War as the most decorated British private to survive. The second is Adolf Hitler, who was highly decorated in his service to Germany in the First World War and went on to become one of the most infamous dictators in history, later bringing the world to the brink of destruction during the Second World War. It seems unlikely that their fates should collide. Yet in 1938 Hitler named Tandey as the soldier who spared his life on 28 September 1918 in the aftermath of the Battle of Marcoing – an assertion that came as a surprise to Tandey himself. The Man Who Didn’t Shoot Hitler tells the story of Tandey’s and Hitler’s Great War, the moment when their lives became intertwined – if in fact they did – and how Tandey lived with the stigma of being known not for his chestful of medals for gallantry in service of King and Country, but as the man who let Hitler live.