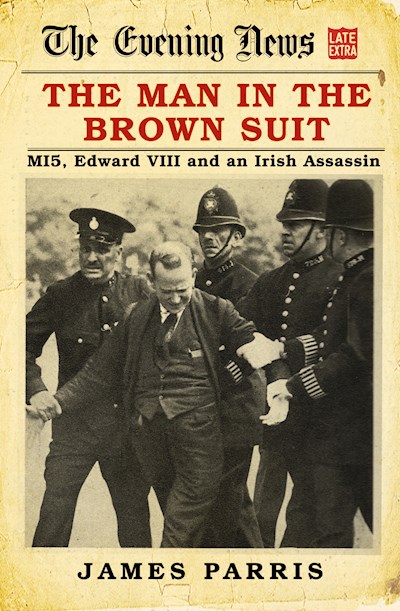 ON 16 JULY 1936 a man in a brown suit stepped from the crowd on London’s Constitution Hill and pointed a loaded revolver at King Edward VIII as he rode past. The monarch was moments from death. But MI5 and the Metropolitan Police Special Branch had known for three months an attack was planned: the man in the brown suit himself had warned them. This mysterious man, lost to history, was George McMahon, a petty criminal with a record of involvement with the police. He was also an MI5 informant, providing intelligence on Italian and possibly German espionage in Britain. Dismissed by the rest of the world as a drunken loser and fantasist, he saw his life as an epic drama. Why did MI5 and the police fail to act? Was it a simple blunder on the part of the security services, or was something far more sinister involved? In this first full-length study of the threat to the life of Edward VIII, James Parris uses material from MI5 and police files at the National Archives to reach explosive conclusions about the British Establishment’s determination to remove Edward from the throne.