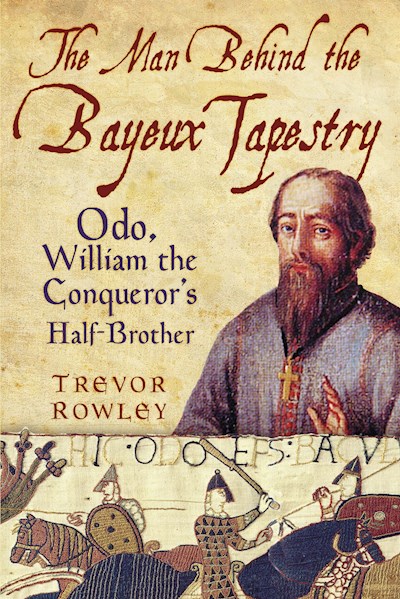 Odo of Conteville, the younger half-brother of William the Conqueror, was ordained Bishop of Bayeux while still in his teens. A larger than life character, he is best known for commissioning the Bayeaux Tapestry, in which he makes a dashing appearance at the height of the Battle of Hastings. He also played a pivotal role in the planning and implementation of the Conquest of England, after which, as Earl of Kent, he was second only to William in wealth and power. The popular impression of Odo is of a not so loveable rogue, who typified the worst excesses of the Norman conquerors. He was the first Chief Justice of England and on occasion also acted as regent when the king was in Normandy. After defrauding both Crown and Church, however, Odo was disgraced and his plans to raise an unauthorised army for a campaign in Italy, possibly in order to gain the papacy, saw him imprisoned for five years. He was released by the dying William in 1087, but soon rebelled against the new king, his nephew William Rufus. Yet Odo was far from being a loutish philistine. The bishop recognised the value of education and the arts and amongst his less well-known activities was his generous patronage of both. Trevor Rowley’s book is the first full-length biography of Odo, which seeks to redress this balance and to make Bishop Odo’s extraordinary life-story known.