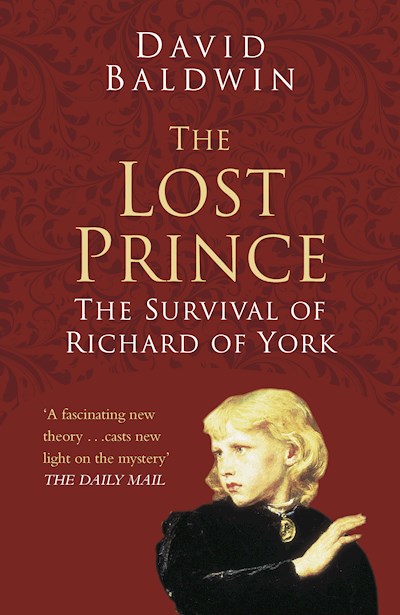 The story of the Princes in the Tower is one of history’s most enduring, poignant and romanticised tales. But were the princes really murdered? David Baldwin presents a fresh new approach to the mystery and reveals, for the first time, the true fate of the younger prince, Richard, Duke of York. David Baldwin has searched contemporary documents to unearth the clues that underpin his radical new theory and has visited all the places associated with Richard Plantagenet. In doing so, he has opened up an entirely new line of investigation and exonerated Richard III of the greatest of the crimes imputed to him. Dead princes were a potential embarrassment, but a living prince would have been a real danger and a closely guarded secret, not only in Richard’s reign but in the reigns of Henry VII and Henry VIII.