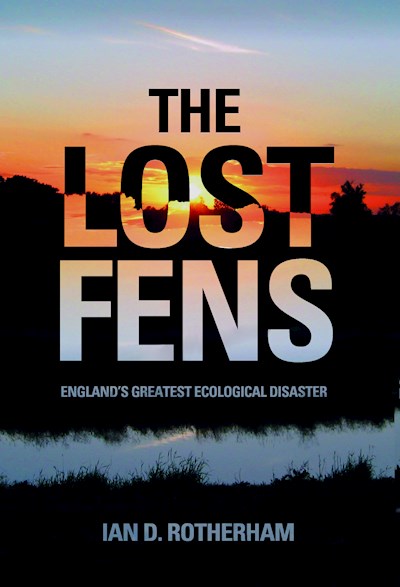 The loss of the great fenlands of eastern England is the greatest single removal of ecology in our history. So thorough was the process that most visitors to the regions, or even people living there, have little idea of what has gone. For many, the Fenlands are the vast expansive flatlands of intensive farming, the ‘breadbaskets’ of Britain. Lost are the vast flocks of wetland birds that filled the evening skies in winter, the frozen wetlands and the fen skaters of the winter, and the abundant black terns or breeding wading birds of the summer months. However, pause a while off main roads and consider place names and road names: Fenny Lane, The Withies, Commonside, Reed Holme, Fen Common, Turbary Lane, Wildmore, Adventurers’ Fen, Wicken Fen, and more; they tell a story of a landscape now gone but once hugely important. The Fens bred revolution and civil war and paid the penalty. They nurtured religious non-conformism with global impact. After 1066, the Saxons withheld the Normans’ onslaught, and in the 1970s, unting’s Beavers took action against twentieth-century invaders. The fenscapes, neither water nor land but something in-between, breed independence and, if necessary, dissention. This story is of politically and economically driven ecological catastrophe and loss. So much has gone, but we do not even know fully what was there before. With global environmental change, and especially climate change, fenlands once again have major roles in our sustainable futures.