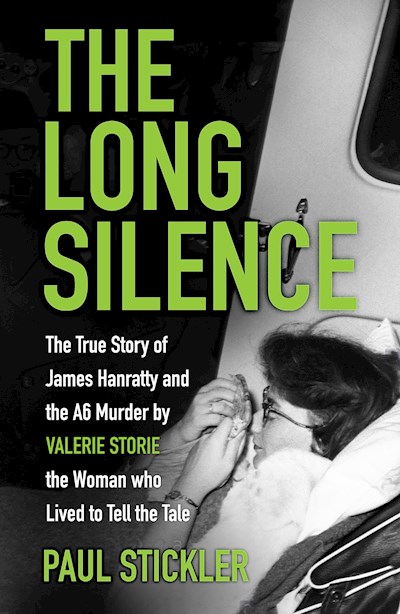 In August 1961, 22-year-old Valerie Storie and 36-year-old Michael Gregsten were the victims of James Hanratty in the notorious ‘A6 Murder’. After a five-hour ordeal, ending in a layby on the A6 in Bedfordshire, Michael was shot dead and Valerie was raped, shot and left for dead. She survived, but was paralysed and remained in a wheelchair until her death in 2016.

In 1962, Hanratty became one of the last men in the UK to be hanged, unleashing forty years of fierce and passionate debate, as many were convinced of his innocence, until 2002 when DNA evidence proved that he was indeed guilty. Valerie, however, was never in any doubt, and picked out Hanratty in an identity parade. She always intended to write a book, and over the years had secretly drafted its contents and written hundreds of notes. Yet for over thirty-five years she gave no interviews, despite persistent media pressure to do so.

The Long Silence is, in essence, Valerie’s posthumous autobiography, explaining for the first time every explicit detail of the ‘cat and mouse’ drive, as Michael and Valerie tried on over twenty occasions to deter and thwart the apparently indecisive Hanratty.