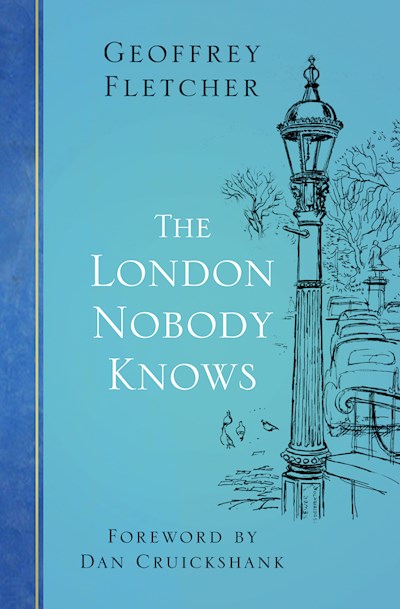 Geoffrey Fletcher’s off-beat portrayal of London does not focus on the big landmarks, but rather ‘the tawdry, extravagant and eccentric’. His descriptions will transport you to an art nouveau pub, a Victorian music hall, a Hawksmoor church and even a public toilet in Holborn in which the attendant kept goldfish in the cisterns. Drawn to the corners where ‘the kids swarm like ants and there are dogs everywhere’, Fletcher will take you to parts of the city where few outsiders venture. Originally published in 1962, in 1967 The London Nobody Knows was turned into an acclaimed documentary film starring James Mason. This book has been a must-have for anyone with an interest in London ever since, and will surprise even those who think they know it well today. Many of the places written about are sadly no more, but the sights and sounds of Fletcher’s London are preserved in this classic book through his beautiful illustrations and eye for the unusual and striking.