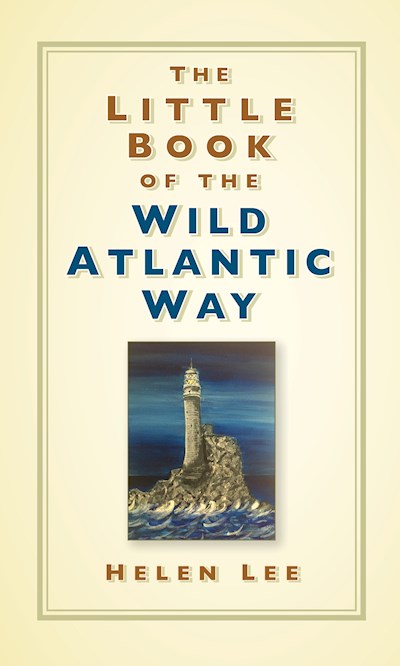 Did you know that the inventor of the submarine was born along the west coast of Ireland, that ships from the Spanish Armada floundered off the Irish Atlantic seaboard and that guns for the 1916 Easter Rising were to be landed at Barna Strand in Co. Kerry but the ship, The Aud, was intercepted by the British Navy? Did you know that there was a plan to smuggle Marie Antoinette from France and away from Madame Guillotine to Dingle, that the Fasnet Rock off the south coast is known as the ‘tear drop of Ireland’ and that Maureen O’Hara’s husband was a flying boat pilot who regularly flew into the flying boat station at Foynes? And did you know that Martello towers were built along the western seaboard during the Napoleonic Wars in case Napoleon tried to invade Great Britain via ‘the back door’? This fact-packed little book is full of all sorts of information that will surprise even those who think they know the towns and villages along the Wild Atlantic Way.