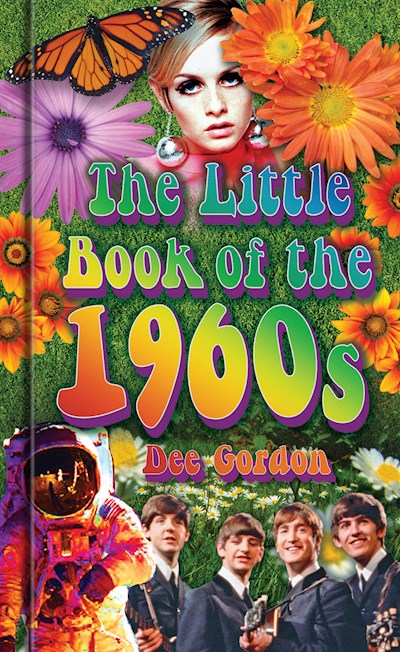 Based on quirky facts and fascinating data, with a discerning eye on the bizarre, the frivolous and the funny, The Little Book of the 1960s is nostalgia with a difference. The sights, the sounds, the lifestyle, the whole 1960s experience can be relived through the pages of this book, but be warned – you’ll need a sense of humour. It’s a book that can be dipped in to time and time again to reveal something new about the people, the fashions, the scandals and the enduring fascination of a decade that was truly the most colourful of all. Did You Know? When the Beatles played at the Birkenhead YMCA in 1962 for just £30 (the same year Decca famously turned them down because ‘groups with guitars were on their way out’), they were booed off stage. When Barbara Windsor and the cast of Sparrers Can’t Sing were filming in the East End in the early 1960s, the Krays were hired to provide security on the set. When Princess Margaret married photographer Antony Armstrong-Jones in May 1960, she became the first royal to marry a commoner for 450 years.