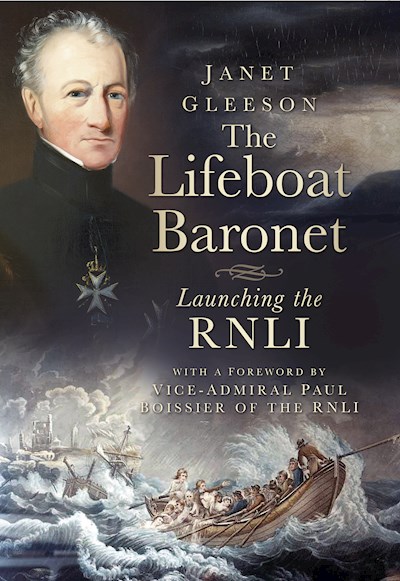 The Royal National Lifeboat Institution (RNLI) is a treasured charity whose mission is to save lives at sea, but what is known of its founder, Sir William Hillary? Back in the early nineteenth century, when death from shipwreck was a tragic reality of life, the handsome, charismatic and adventurous Hillary decided to atone for his chequered past and do something to prevent it. His journey from Regency rake to national hero led him to leave his slave-owning family in Liverpool, travel abroad, mingle with royalty, marry an heiress and, during the Napoleonic Wars, head the largest volunteer army in Britain. Then, financial and marital catastrophe struck. Forced to seek exile on the Isle of Man, a harrowing shipwreck and guilty conscience inspired his historic campaign. Having battled to found the National Institution for the Preservation of Life from Shipwreck (today’s RNLI) in 1824, Hillary’s commitment never faltered. He frequently took to the lifeboats, braving terrifying storms and saving hundreds of lives, despite never learning to swim. Thanks to him the sea remains a safer place today. In this comprehensive biography of Sir William Hillary, Janet Gleeson draws on previously unpublished letters – many written by Hillary himself – revealing the RNLI’s development, Hillary’s links with the Jamaican slave trade, as well as the tribulations of his private life.