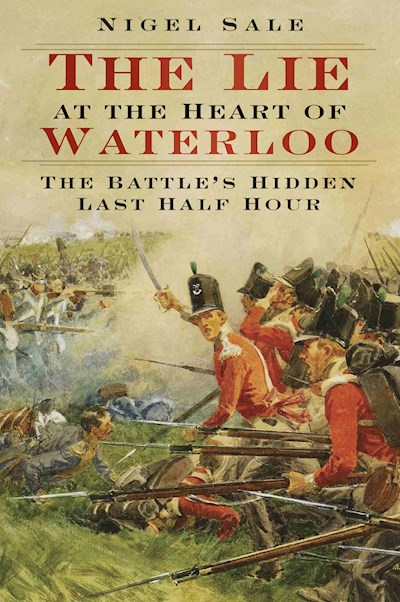 Waterloo has, perhaps, a greater claim to have left its mark on Europe than any single battle before it, yet, even after two hundred years, there is confusion about how the battle ended. Readers will believe they know perfectly well how Wellington gave the order to the men of the First Foot Guards and they finished the business; but they will find themselves mistaken and intrigued. The Lie at the Heart of Waterloo is not the customary eulogy but a critical analysis of the carefully engineered misinformation that has often totally misled historians and students of military history for so long. The author uses quotations from eyewitnesses – not only those published shortly after the battle but also the most modern academic work – to tell the true story. The truth is as complicated and dramatic as anyone could desire. There is also an answer to the inevitable question: why has this knowledge been hidden for so long? The process of unravelling the mystery brings to life the horrifying reality of battle for the soldiers in Napoleonic warfare. There is also a whiff of suicide and blackmail, and senior officers’ reputations are not sacrosanct. This history shines a light on the confusion and challenges long-standing assumptions. It is supported by a sequence of specially produced full-colour maps.