By Mark B. Roe 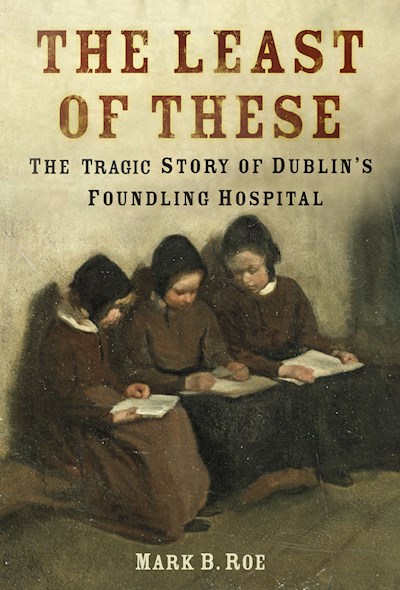 By Mark B. Roe

Lying at the very edge of the eighteenth-century city, behind high walls and forbidding gates, the Dublin Foundling Hospital was long viewed with horror and suspicion. Yet, following its closure, it seemed to have slipped from the city’s memory. The Least of These uncovers the story of the Hospital, from its origins as a workhouse in 1703 during the Penal Laws to its demise in 1830. Its mission: to take in the children of poor Catholics and raise them as Protestants, loyal to king and empire. This was an institution where every infant was tattooed with an identification number, where thousands of children were fed opium and where, as with many foundling hospitals, the death toll was vast.

But why did it endure for so long? And why did quite so many die? Based on original research, Mark B. Roe brings together eyewitness accounts, letters from desperate parents and individual life stories to finally bring the tragic story of Dublin’s Foundling Hospital to light.