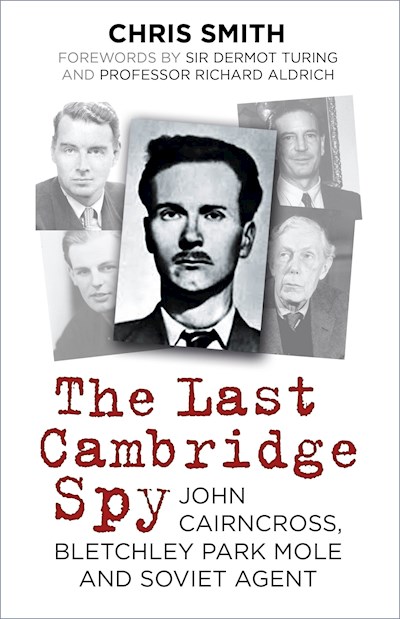 ‘The Last Cambridge Spy is not just a fascinating, well-paced book about an interesting individual, but it also invites us to re-appraise the very idea of the “Cambridge spy ring”.’ – Sir Dermot Turing

John Cairncross was among the most damaging spies of the twentieth century. A member of the infamous Cambridge Ring of Five, he leaked highly sensitive documents from Bletchley Park, MI6 and the Treasury to the Soviet Union – including the first atomic secrets and raw decrypts from Enigma and Tunny that influenced the outcome of the Battle of Kursk in 1943.

In 2014, Cairncross appeared as a secondary, though key, character in the biopic of Alan Turing’s life, The Imitation Game. While the other members of the Cambridge Ring of Five have been the subject of extensive biographical study, Cairncross has largely been overlooked by both academic and popular writers. Despite clear interest, he has remained a mystery – until now.

The Last Cambridge Spy is the first ever biography of John Cairncross, using recently released material to tell the story of his life and espionage.