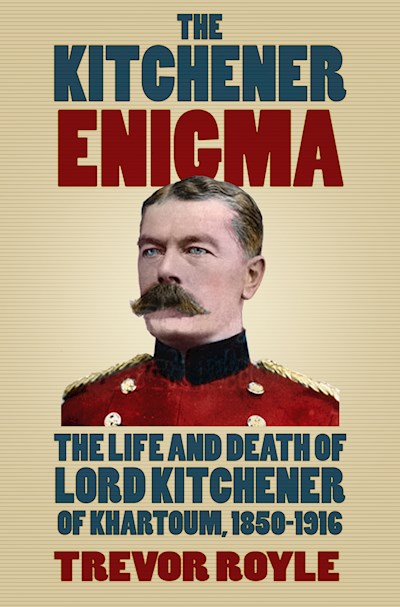 In this critically acclaimed biography, now fully updated, Royle revises Kitchener’s latter-day image as a stern taskmaster, the ultimate war lord, to reveal a caring man capable of displaying great loyalty and love to those close to him. New light is thrown on his Irish childhood, his years in the Middle East as a biblical archaeologist, his attachment to the Arab cause and on the infamous struggle with Lord Curzon over control of the army in India. In particular, Royle reassesses Kitchener’s role in the Great War, presenting his phenomenally successful recruitment campaign – ‘Your Country Needs You’ – as a major contribution to the Allied victory and rehabilitating him as a brilliant strategist who understood the importance of fighting the war on multiple fronts.