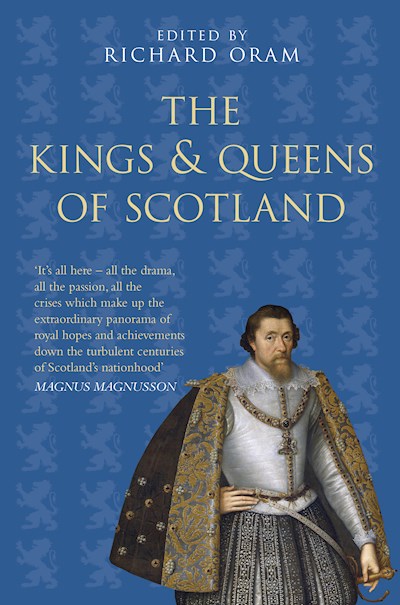 The history of the Scottish monarchy is a long tale of triumph over adversity, characterised by the personal achievements of remarkable rulers who transformed their fragile kingdom into the master of northern Britain. The Kings and Queens of Scotland charts that process, from the earliest Scots and Pictish kings of around ad 400 through to the union of parliaments in 1707, tracing it through the lives of the men and women whose ambitions drove it forward on the often rocky path from its semi-mythical foundations to its integration into the Stewart kingdom of Great Britain.

It is a route waymarked with such towering personalities as Macbeth, Robert the Bruce and Mary Queen of Scots, but directed also by a host of less well-known figures such as David I, who extended his kingdom almost to the gates of York, and James IV, builder of the finest navy in northern Europe. Their will and ambition, successes and failures not only shaped modern Scotland, but have left their mark throughout the British Isles and the wider world.