The Jewel of Knightsbridge 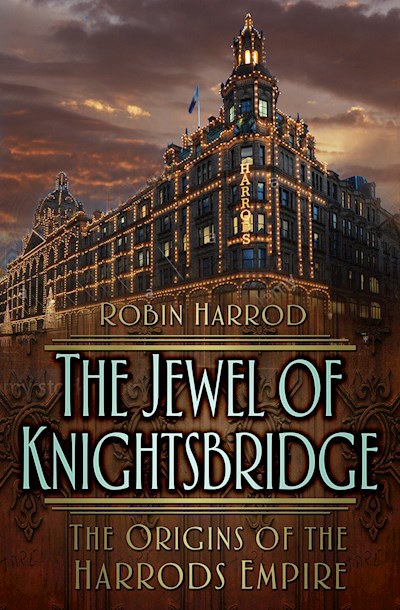 The Jewel of Knightsbridge

In 1836, Charles Henry Harrod found himself in a prison hulk awaiting transportation to Tasmania for seven years’ hard labour. He had been convicted at the Old Bailey of receiving stolen goods, and this should have been the beginning of the end for his fledgling business and his family. And yet, in miraculously escaping his fate and vowing to turn his back on crime, he would become the much esteemed founder of the now legendary Harrods in London’s fashionable Knightsbridge district. Some years later Charles was succeeded by his son, who brought with him the necessary energy and drive to take the shop from a successful local grocer’s to a remarkable and complex department store, patronised by the wealthy and famous. Robin Harrod’s fascinating family story reveals the previously unknown origins of the store, and follows its remarkable fortunes through family scandal, the devastating fire of 1883 and its subsequent rise from the ashes, to the end of the nineteenth century when its shares were floated on the stock exchange, thus completing one of the most extraordinary comeback stories in the history of commerce.