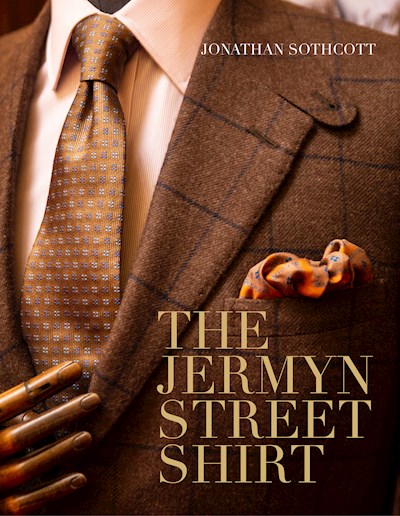 Jermyn Street in St James's, London, has been the mecca of fine British shirtmaking for more than a century. Frank Foster’s clients have included Hugh Grant, Frank Sinatra, Roger Moore, the Beatles and Warren Beatty, whilst Turnbull & Asser have made bespoke shirts for Pierce Brosnan, the Prince of Wales, Sir Michael Caine and Ronald Reagan. Between them they have produced shirts for that most debonair of on-screen heroes, James Bond. Indeed, the Jermyn Street shirt is the ultimate in entry-level luxury menswear. Whether off the peg, made to measure or fully bespoke, it lures a man towards a world of sartorial elegance. For many years seen as a stuffy and elitist institution, the advent of Instagram has seen the doors to the world’s finest shirtmakers blown open as tailoring enthusiasts come together to share their passion. This book will include a wealth of sartorial showbusiness anecdotes as well as style tips from some of the big screen’s most dapper stars. With unique access to many of the makers, including Charles Tyrwhitt, T. M. Lewin and Hawes & Curtis, The Jermyn Street Shirt presents a pictorial treasure trove of previously unseen ephemera, including celebrity shirt patterns and samples.