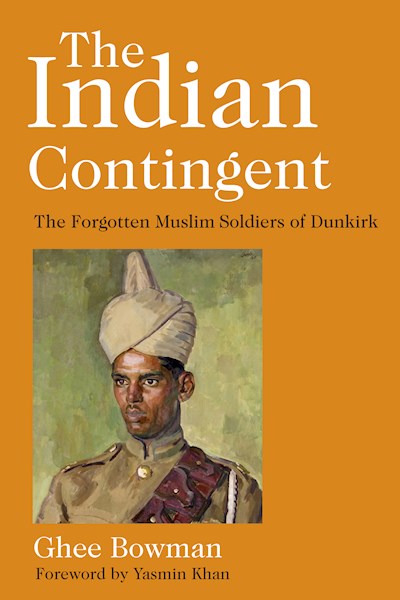 28 May 1940: Major Akbar Khan of the Royal Indian Army Service Corps marches at the head of 299 soldiers along the beach at Dunkirk - the only Indians in the BEF in France and the only ones at Dunkirk. With Stuka sirens wailing, shells falling in the water and Tommies lining up patiently to embark, these men of the Indian Army, carrying their disabled imam, find their way to the East Mole and embark for England in the dead of night. On reaching Dover, the men borrowed brass trays and started playing Punjabi folk music, upon which even 'many British spectators joined in the dance’. Who were these men? Where had they come from and why were they in France? And what happened to them after that? With the engaging style of a true storyteller, Ghee Bowman reveals in full, for the first time, the story of these soldiers, from their arrival in France on 26 December 1939 to their return at war's end to an India on the verge of partition. It is one of the war's hidden stories that casts fresh light on Britain and its empire.