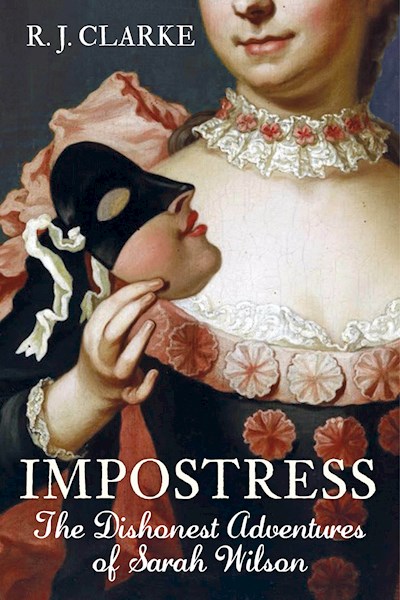 "Her story is adapted to move the compassion of those she visits. She has bad nerves, and seems in great disorder of mind, which she pretends to be owing to the ill usage of her father […] She attempts to borrow money of [sic] waiters, servants, and chaise boys, and offers to leave something in pawn with them to the value. Her name is supposed to be Sarah Wilson." - London Evening-Post, 30 October 1766. Beginning in her late teens, Sarah Wilson travelled alone all over England, living on her wits, inventing new identities, and embroidering stories to fool her victims into providing money and fine clothes. When her crimes eventually caught up with her, she was transported to America – where she reinvented herself in the guise of the Queen’s sister and began a new set of adventures at the onset of the American War of Independence. Using original research, newspaper reports and court records, this is the story of ‘the greatest Impostress of the present Age’: a real-life Moll Flanders who created a remarkable series of lives for herself on both sides of the Atlantic.