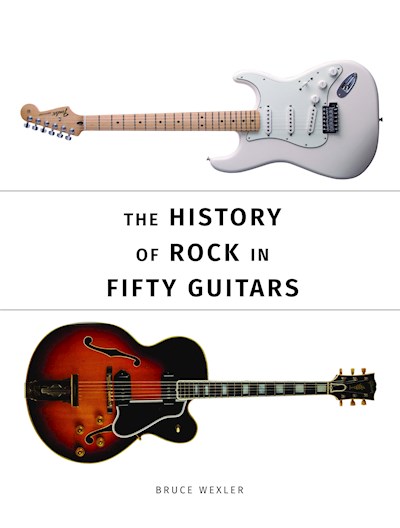 Popular music in the 1920s called out for a guitar sound that was more dominant. Early experiments with steel cones or resonators, Hawaiian electric guitars and the first Electric Spanish style 6-string guitar in 1936 made musicians suddenly realise that it was possible to produce notes that could be amplified to any desired volume and this gave birth to the new less restrained style of playing. Finally the guitar could take the lead part and as rock music evolved the guitar was a natural choice of instrument. This stunning book traces the development of the instrument and the artists who achieved fame with it over seven decades, from Bill Haley to Jimi Hendrix.