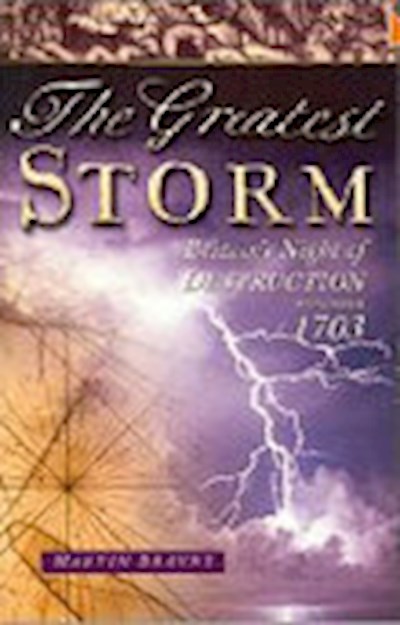 All but forgotten now, the Great Storm of 26/27 November 1703 was the worst storm experienced in recorded history in the British Isles. Over 8000 people died and the losses of property and shipping were immense. Martin Brayne tells in vivid detail the story of this tragic and catastrophic event. While almost everyone knows something about those two classic disaster scenarios of the Stuart age, the Great Fire of 1666 and the Great Plague of the year before, hardly anyone knows the story of the Great Storm of 1703, the worst that has occurred in the British Isles. Winds and rain lashed the entire country and floods were reported almost everywhere. Famously, Henry Winstanley had the misfortune to be in the wooden lighthouse which he had designed on Eddystone Rocks of Plymouth on 26 November 1703. The lighthouse was destroyed and Winstanley died.