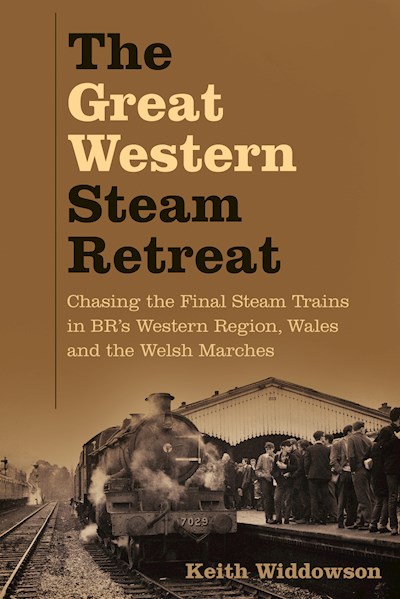 In mid-1964, Keith Widdowson got wind that the Western Region was hell-bent on being the first to eliminate the steam locomotive on its tracks by December 1965. Realising the significance of this decision, the 17-year-old hurriedly homed in on train services still in the hands of GWR steam power, aiming to catch runs with the last examples before their premature annihilation.

The Great Western Steam Retreat recalls Widdowson’s teenage exploits, soundtracked by hits from the Beatles, the Kinks and the Rolling Stones, throughout the Western Region and former Great Western Railway lines. In his search for steam, he documents the extreme disorder that resulted from that decision, paying tribute to the train crews who managed to meet demanding timings in the face of declining cleanliness, the poor quality of coal and the major problem of recruiting both footplate and shed staff.

This illustrated book completes the author’s Steam Chase series and provides a compelling snapshot into the comradery that characterised the final years of steam alongside the long-gone journeys that can never be recreated.