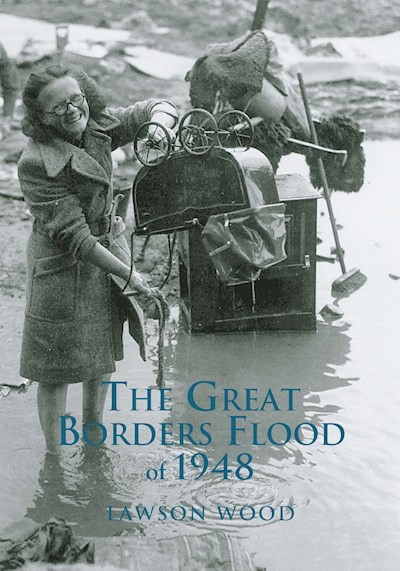 August 1948 was an exceptional month. There were 90mph gales in Belgium, snowfalls in Switzerland and in the Scottish Borders one of the heaviest rainfalls ever in one day, while the Tweed received more than a third of its annual rainfall in only six days. The flood plain of the Tweed could just about cope with the deluge, but smaller rivers such as the Tyne at Haddington, the Biel, the Blackadder, Whiteadder Water, Rivers Till and Eye were disasters waiting to happen. The main problem was not the twenty-four-hour deluge but the rain of the previous two weeks that had already seen the rivers rise to bursting point.
‘The Glorious Twelfth’ was a day of disaster and the next few days were to affect the Borders for months to come. The sheer volume of water flowing down the rivers resulted in them bursting their banks, causing widespread flooding over a large area. The East Coast Main Line was breached in many places and was closed for eleven weeks as a result of the damage. Trees and other debris swept down with the floodwater had blocked culverts and the resultant lakes of water put so much pressure on the embankments that they were simply swept away, leaving railway lines dangling in mid-air. Roads were damaged and houses, cars and livestock swept away with the floodwater.
There were many lucky escapes: a train passing over a bridge at Greenlaw just minutes before the bridge was swept away; people were rescued from their houses literally seconds before they collapsed from underneath them. Many deeds of bravery performed in that wet and windy August are also recorded in Lawson Wood’s 'The Great Borders Flood of 1948'. Illustrated with over 100 images of the greatest natural disaster to hit the Borders, this book is a unique record of that fateful month of August 1948.