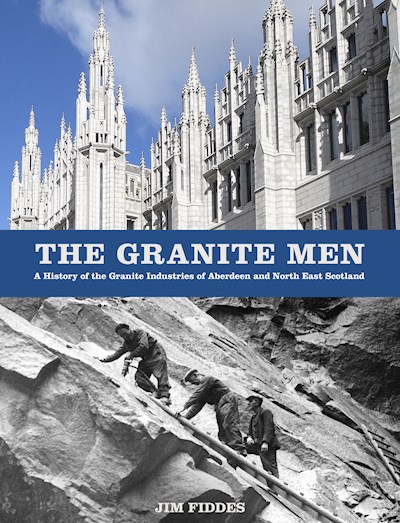 Granite is the most unyielding of building materials. The great granite quarries of the North East are silent now, as are virtually all of the 100 granite yards that existed in Aberdeen around the year 1900. Yet in its time, the granite industry of north-east Scotland was the engine that built civilisations. As early as the sixteenth century, granite from Aberdeen and its vicinities was building castles. In the heyday of the mid-nineteenth century, the granite men of the North East hewed this material from the bowels of the earth and used it to fashion the iconic structures that defined the age. It paved the streets and embankments of London. It was used to build bridges over the Thames. It was carved into monuments for kings and commoners not only in Britain but all over the world. None of it possible without the men that toiled in those quarries and yards. This is the story of those granite men and their industry.

The Work of Giants