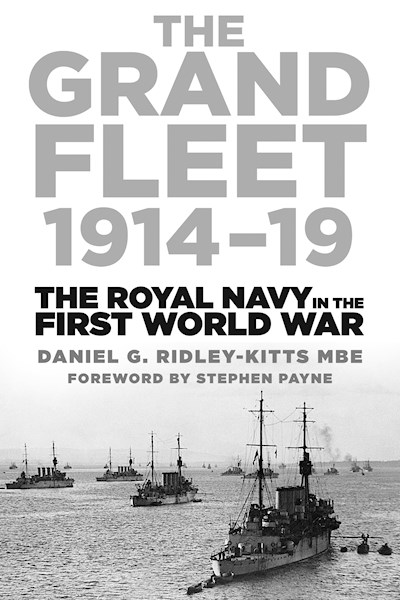 During the First World War the reputation of the British Royal Navy was put on the line in its defence of the country, and, crucially, it was in those years, 1914–19, that the Grand Fleet became the single most potent weapon of war of any nation. In this comprehensive, illustrated history, Ridley-Kitts tells of the creation and development of the Grand Fleet under the drive of the energetic and charismatic Admiral of the Fleet ‘Jacky’ Fisher, who modernised the navy with the introduction of the revolutionary Dreadnought battleship. This type of vessel in particular made other nations’ battleships obsolete, created a powerful weapon for the defence of the British Empire and its trade, and finally defeated the machinations of Kaiser William II. Using unique illustrations rendered by the author, the story of the Grand Fleet is told in accessible narrative style, with outstanding technical detail that will satisfy naval enthusiasts.