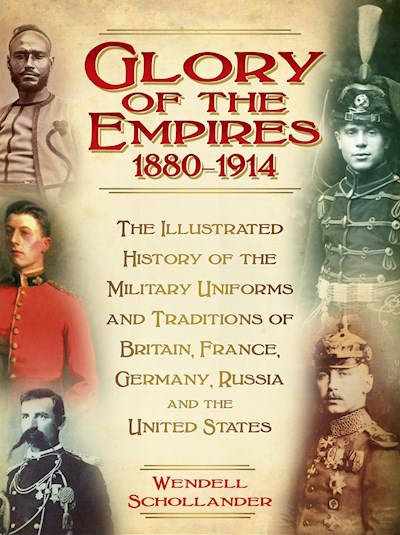 During the period 1880–1914, the soldiers of the great empires of Britain, France, Germany, Russia and the United States were bedecked in elaborate helmets, with ornate weapons and finery. Their colourful uniforms represented centuries of regimental history and tradition, and often bore reminders of famous victories and heroic last stands. In Glory of the Empires, Wendell Schollander presents the definitive study of every regimental uniform across the five empires, including those of the colonies of India, the Philippines and North Africa. He explains the history behind sartorial peculiarities – such as why the Russian 15th Hussars wore a mermaid pink uniform, or why the Wiltshire Regiment had dents on their buttons – and reveals the experiences of the men who served. Complemented by over 800 rare, black-and-white and colour illustrations, this book fulfils a need not only as a one-stop reference work but also as a narrative history of the period.