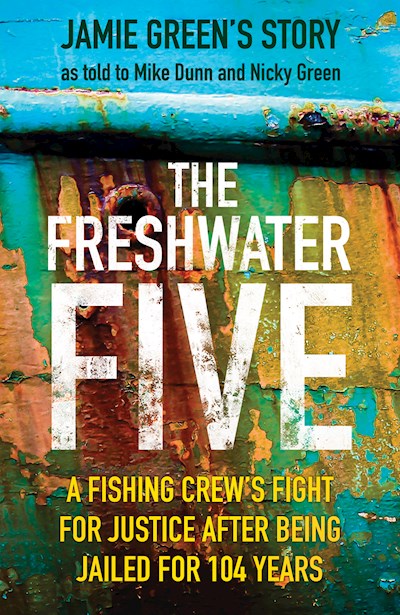 All I am is a fisherman. That’s all I’m guilty of, Your Honour.

On 31 May 2010 eleven holdalls were discovered along the shore near Freshwater on the Isle of Wight; when opened they contained £53m worth of cocaine – the biggest haul ever found in UK waters. A local fishing crew was accused of waiting in the Channel for the bags to be thrown from a passing cargo ship in an operation allegedly masterminded by a local scaffolder.

The Freshwater Five is a true story that cuts to the heart of the British judicial system. Did five men really attempt one of the world’s biggest drug smuggling operations – or were they simply in the wrong place, at the wrong time? Why did the police hastily alter key surveillance statements, why were logs blacked out or mysteriously left empty – and why was crucial evidence never disclosed at trial? All five men fiercely denied the allegations, but a jury rejected their version of the events.

This is the story of what actually happened as told by the skipper of the crew. It’s a story that reveals the human misery of brutal prison sentences and a story that leaves the reader with one question: Does the British legal system really dispense justice?