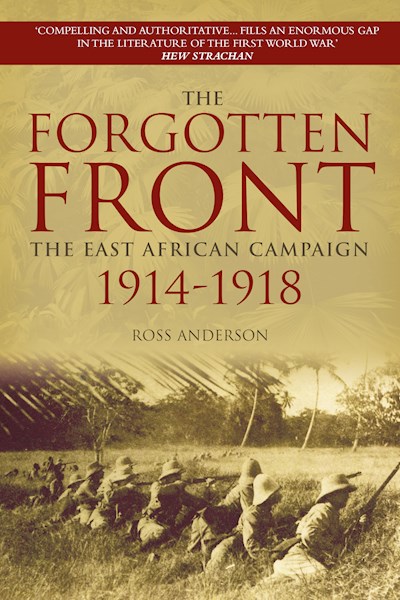 The First World War began in East Africa in August 1914 and did not end until 13 November 1918. In its scale and impact, it was the largest conflict yet to take place on African soil. Four empires and their subject peoples were engaged in a conflict that ranged from modern Kenya in the north to Mozambique in the south. The campaign combined heroic human endeavour and terrible suffering, set in some of the most difficult terrain in the world. The troops had to cope with extremes that ranged from arid deserts to tropical jungles and formidable mountains, and almost always on inadequate rations. Yet the East African campaign has languished in undeserved obscurity over the years, with many people only vaguely aware of its course of events. Indeed, Humphrey Bogart’s famous film, The African Queen, inspired by an episode of the campaign, often provides its only lasting image. The Forgotten Front is the first full-scale history of this neglected campaign. Ross Anderson details the fighting and the strategic and political background to the war and the differing viewpoints of the principal protagonists.