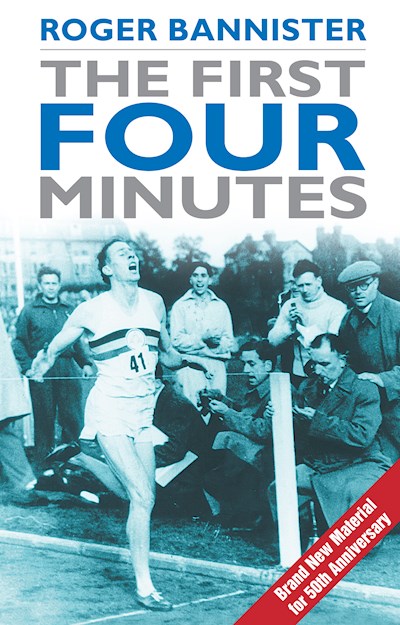 On 6 May 1954 Roger Bannister became the first man to run a mile in under four minutes, establishing himself as one of the most famous sportsmen in history. Bannister has written a substantial new introduction of this 50th anniversary edition of The First Four Minutes, reflecting on his experiences in 1954, his life ever since then and the evolution of mile running over the last five decades. The First Four Minutes, first published in 1955, covers not only the great race but also those preceding it (including the 1952 Helsinki Olympics) and the ones that followed, where Bannister triumphantly proved that his record time was more than just a one-off. He retired from competition in 1955 and went on to pursue a distinguised career as a neurologist. He was Chairman of the first executive Sports Council from 1971 to 1974. During his years in office the organisation developed the Sport for All programme and the first effective drugs test for anabolic steroids, a test still used today. He was Master of Pembroke College, Oxford for eight years and still lives in the city. He is chairman of the St Mary's Hospital Medical School Development Trust.