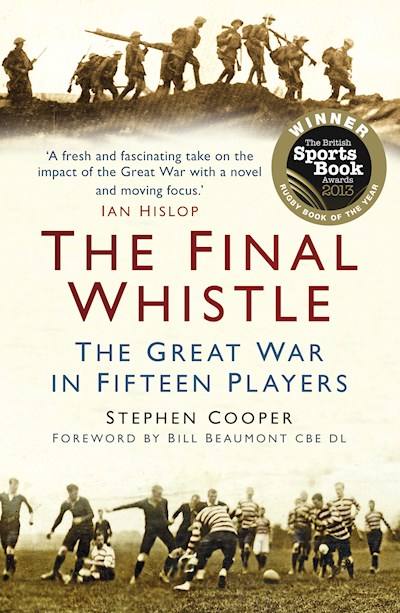 This is the story of 15 men killed in the Great War. All played rugby for one London club; none lived to hear the final whistle. Rugby brought them together; rugby led the rush to war. They came from Britain and the Empire to fight in every theatre and service, among them a poet, playwright and perfumer. Some were decorated and died heroically; others fought and fell quietly. Together their stories paint a portrait in miniature of the entire War. The Final Whistle plays tribute to the pivotal role rugby played in the Great War by following the poignant stories of fifteen men who played for Rosslyn Park, London. They came from diverse backgrounds, with players from Australia, Ceylon, Wales and South Africa, but they were united by their love of the game and their courage in the face of war. From the mystery of a missing memorial, Cooper’s meticulous research has uncovered the story of these men and captured their lives, from their vanished Edwardian youth and vigour, to the war they fought and how they died.