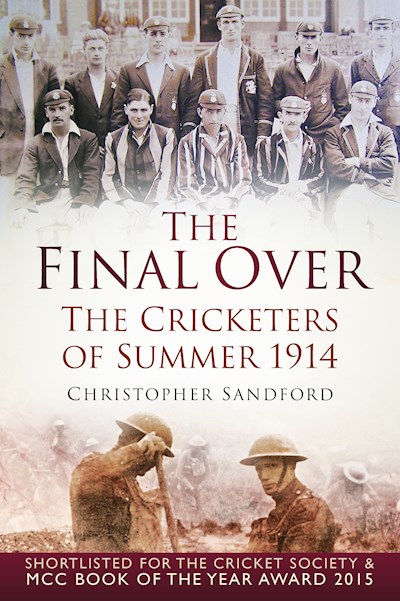 Shortlisted for the 2015 Cricket Society and MCC Book of the Year Award.Shortlisted for the Cross British Sports Book of the Year 2015 (Cricket category). August 1914 brought an end to the ‘Golden Age’ of English cricket. At least 210 professional cricketers (out of a total of 278 registered) signed up to fight, of whom 34 were killed. Cricket stands as both a statistical and very human representation of the price paid in British blood as a whole. The sunbaked atmosphere of English society’s last carefree weeks is graced by some of the Corinthian greats of their day, like Lord Lionel Tennyson and the polymath C.B. Fry, brought alive through the words of their own letters and diaries, both on the sports fields of England and in the bloody trenches of France. This is the very personal story of how some of the greatest characters ever known in English sport performed some of their greatest feats against the ticking clock of events in Europe, and the moving, sometimes tragic, story of how they met the ‘great adventure’.