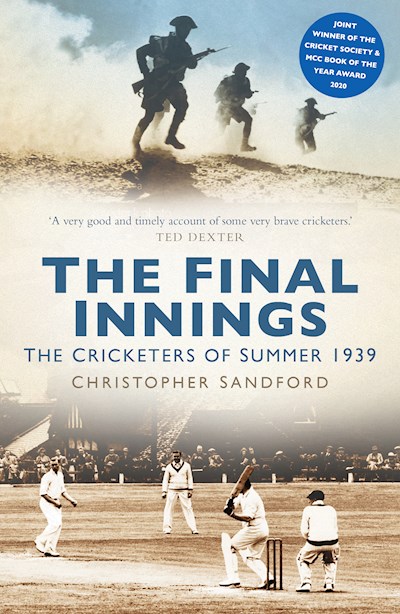 The declaration of war against Germany on 3 September 1939 brought an end to the second (and as yet, final) Golden Age of English cricket. Over 200 first-class English players signed up to fight in that first year; 52 never came back. In many ways, the summer of 1939 was the end of innocence.

Using unpublished letters, diaries and memoirs, Christopher Sandford recreates that last summer, looking at men like George Macaulay, who took a wicket with his first ball in Test cricket but was struck down while serving with the RAF in 1940; Maurice Turnbull, the England allrounder who fell during the Normandy landings; and Hedley Verity, who still holds cricketing records, but who died in the invasion of Sicily. Few English cricket teams began their first post-war season without holding memorial ceremonies for the men they had lost: The Final Innings pays homage not only to these men, but to the lost innocence, heroism and human endurance of the age.