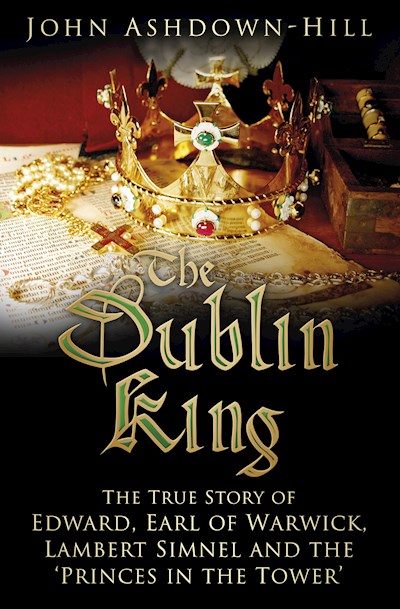 A year after Richard III’s death, a boy claiming to be a Yorkist prince appeared as if from nowhere, claiming to be Richard III’s heir and the rightful King of England. In 1487, in a unique ceremony, this boy was crowned in Dublin Cathedral, despite the Tudor government insisting that his real name was Lambert Simnel and that he was a mere pretender to the throne. Now, in The Dublin King, author and historian John Ashdown-Hill questions that official view. Using new discoveries, little-known evidence and insight, he seeks the truth behind the 500-year-old story of the boy-king crowned in Dublin. He also presents a link between Lambert Simnel’s story and that of George, Duke of Clarence, the brother of Richard III. On the way, the book sheds new light on the fate of the ‘Princes in the Tower’, before raising the possibility of using DNA to clarify the identity of key characters in the story and their relationships.