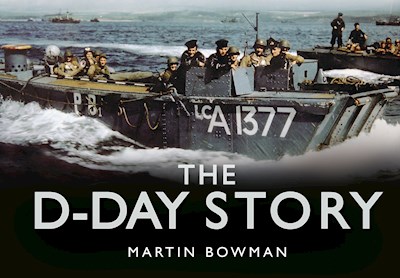 D-Day,6 June 1944 is a day that is emblazoned in history, witnessing the first day of the Allied Operation Overlord – the mass invasion of Normandy. Planned for many months and executed swiftly, these landings saw over 160,000 troops embark from specially designed craft onto a 50-mile stretch of the Normandy coast. It was the largest amphibious operation of all time and involved 73,000 American troops, over 61,000 British troops and 21,400 Canadians, with over 6,000 ships and landing craft being deployed. As the troops set foot on the five designated beaches: Gold, Juno, Sword, Utah and Omaha they were met with resistance and in some cases heavy machine-gun fire, with over 12,000 casualties being sustained. The D-Day Story is packed with stunning photographs and maps, making it the perfect introduction to this historic event.