The Crooks Who Conned Millions 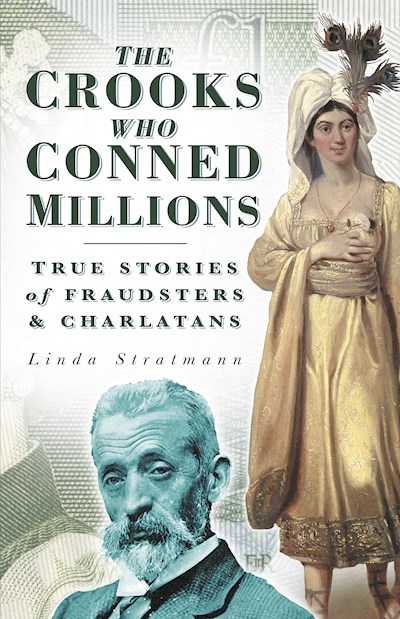 The Crooks Who Conned Millions

In 1817 a young woman of exotic appearance was found wandering near Bristol. She spoke in a language that no one could understand except, seemingly, a Portuguese sailor. He claimed that she was a Sumatran princess from the island of Javasu. Princess Caraboo, as she was known, became a national celebrity and lived in a grand style, entertaining many distinguished visitors. But, a few weeks later, she was exposed as Mary Baker, the daughter of a cobbler from Devonshire. Mary's deception is one of several intriguing stories of nineteenth-century fraudsters brought to light in Linda Stratmann's new book. While 'Princess Caraboo' was a relatively harmless hoax, The Crooks who Conned Millions also exposes darker tales. Dickens based unscrupulous banker Mr Merdle in Little Dorritt on John Sadleir. Sadleir was a director of the Tipperary Joint Stock Bank who had sold forged share certificates to his own family and falsified balance sheets. When the bank finally collapsed, ruining hundreds of small investors, Sadlier committed suicide. While Sadleir's guilt was obvious, in the Stock Exchange fraud of 1814 - when a false rumour that Napoleon had died was circulated to drive up share prices - opinion was divided. The suspected culprit, naval hero Lord Cochrane, consistently declared his innocence. In contrast, Ernest Terah Hooley, one of the greatest fraudsters of the century, wrote his memoirs in a jolly and unblushing style, quite openly admitting the corruption. From the tall tales of 'Louis de Rougemont' to the 'Earl' who claimed to own Canada, from the mystery of the 'Double Duke' to the unscrupulous Marquis de Bourbel, 'these riveting tales if true crime, told in a lively and anecdotal style, expose the steamier side of life in which corruption, avarice and scandal hold sway.