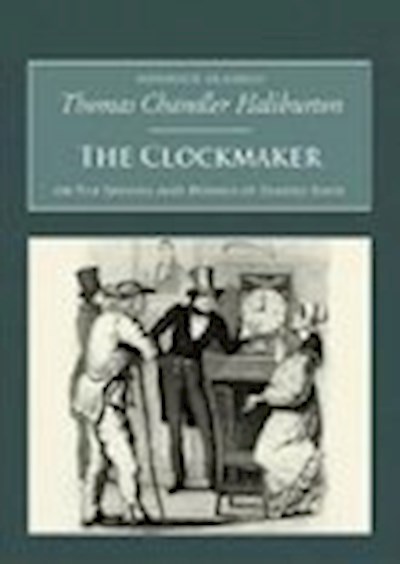 Sam Slick first appeared in a series of sketches in the Novascotian during 1835 and 1836 and proved so popular that they were published in book form with additional stories in 1838; indeed, he was so popular that a pirate edition appeared in 1837. He is credited with coining such phrases as 'the early bird catched the worm', 'to get blood out of a stone', 'to drink like a fish', and 'it's raining cats and dogs' amongst others. His 'sayings and doings' resonated with the times, addressing as they did such issues as race, the abolition of slavery and colonialism, but presented in a witty and satirical way. Sam Slick of Slickville is a clock-peddler who accompanies a visiting English gentleman on an unforgettable tour of early nineteenth-century Nova Scotia. His shrewd observations and witty commentaries make up the thirty-three sketches of The Clockmaker.

The Wind in the Willows

The Wonderful Wizard of Oz

The People of the Mist

The Haunted Hotel: A Mystery of Modern Venice

The Female Quixote: Or, the Adventures of Arabella

The Castle of Otranto

Elsie Venner: A Romance of Destiny

Tales and Legends of the Irish Peasantry