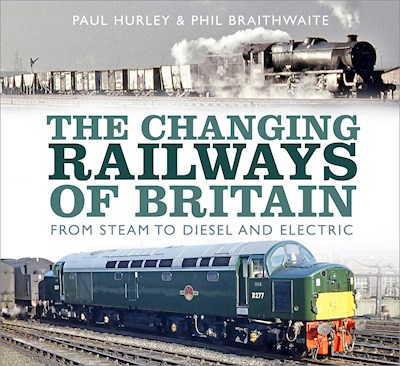 AFTER steam finished on the main line on 11 August 1968, something had to take its place; something modern, less difficult to maintain, and that was a natural progression. ‘Modernisation’ was the word. British Railways – and later privatised companies – developed other methods of providing power. In the follow-up to Remembering Steam, Paul Hurley and Phil Braithwaite take the reader back down memory lane, exploring traction from the very first locomotive to the latest colourful multiple units, and of course the preserved locomotives, lovingly restored to their former glory and working heritage lines across the country. With over 200 never-before-seen photographs, paired with fond and nostalgic captions, The Changing Railways of Britain is a book not to be missed.