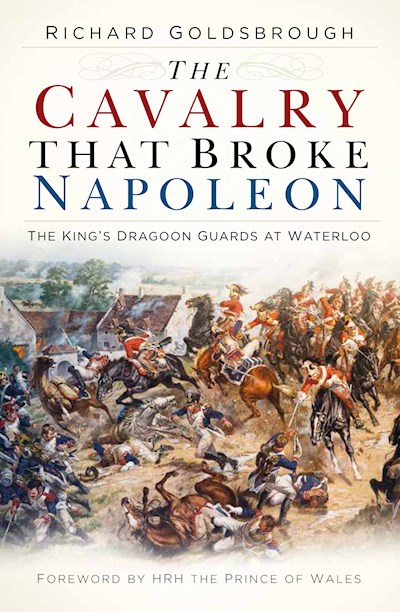 ON 18 JUNE 1815, Napoleon and Wellington took to the fields of Waterloo for one final, decisive battle – a battle that would put an end to over two decades of warfare and determine the fate of Europe. Yet, little is known about the significant contribution made by the 1st or King’s Dragoon Guards who ultimately helped deny Napoleon victory. As a regiment, the KDG was the greatest contributor to the charge, made by the British heavy cavalry, fielding nearly half of the Household Brigade’s sabres – but it also made the biggest sacrifice. In successfully repelling the main French assault of the day, it paid a heavy price: of the 540 men who bravely fought, only 13 were still standing at the close of the battle. Here, Richard Goldsbrough tells the remarkable story of the KDG before, during and after the Battle of Waterloo.