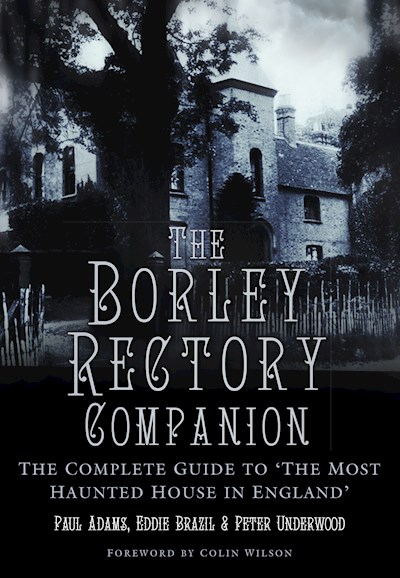 Borley Rectory in Essex, built in 1862, should have been an ordinary Victorian clergyman’s house. However, just a year after its construction, unexplained footsteps were heard within the house, and from 1900 until it burned down in 1939 numerous paranormal phenomena, including phantom coaches and shattering windows, were observed. In 1929 the house was investigated by the Daily Mail and paranormal researcher Harry Price, and it was he who called it ‘the most haunted house in England.’ Price also took out a lease of the rectory from 1937 to 1938, recruiting forty-eight ‘official observers’ to monitor occurences. After his death in 1948, the water was muddied by claims that Price’s findings were not genuine paranormal activity, and ever since there has been a debate over what really went on at Borley Rectory. Paul Adams, Eddie Brazil and Peter Underwood here present a comprehensive guide to the history of the house and the ghostly (or not) goings-on there.