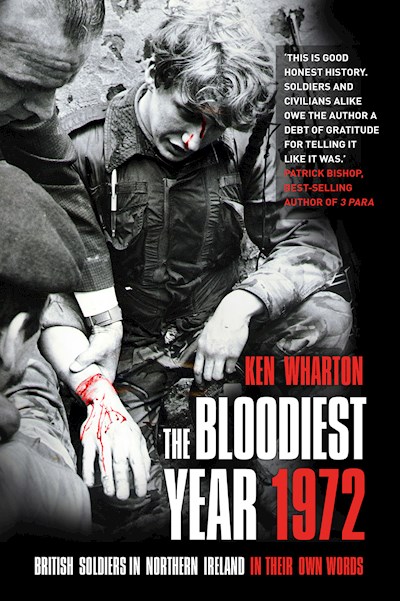 1972 was the bloodiest year of an already bloody conflict played out on the streets of Northern Ireland. Over twelve months the country was rocked by the atrocities of Bloody Friday and the Claudy bombing, civilian casualties mounted, and the soldiers of the British Army were caught between the factions. 169 servicemen died that year, their deaths unnoticed at home except by their loved ones, fighting a forgotten war on British soil. In The Bloodiest Year, Ken Wharton, a former soldier who did two tours of Northern Ireland, tells the story of the worst year of the Troubles through the accounts of the men who patrolled the streets of Belfast and Londonderry, who saw their comrades die and walked with death themselves. He examines almost every single death during that year, and names the men behind the violence, many of whom now hold high office in the country they tried so hard to break apart.