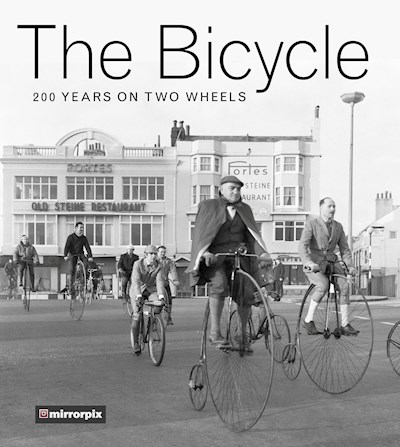 German Baron Karl von Drais first introduced the two-wheeled tandem human-powered wooden-framed vehicle to the world, in the summer of 1817, its rider gamely steering with the front wheel while pushing along with his feet. After that history is rather vague about the bicycle. We know that the mechanically powered velocipede took off in the 1860s, soon followed by the Penny Farthing, but it wasn't until the late nineteenth century that the golden age of bicycles took off as people realised the freedoms afforded by self-powered travel, and touring and racing became popular pastimes. Today of course cycling is a global phenomenon both in professional sporting and non-professional spheres. This book of stunning photographs charts the evolution of the bicycle across 200 years of history.