The Best of Steam 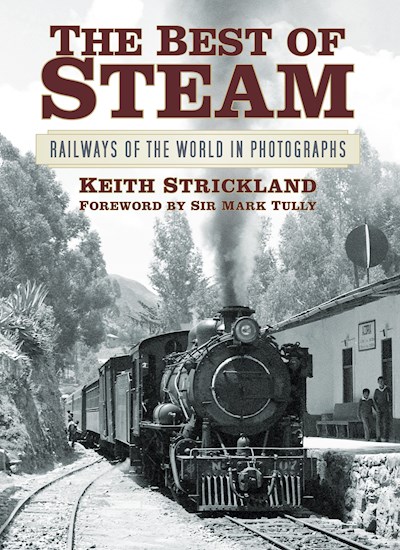 The Best of Steam

After forty years of adventuring around the world’s remaining steam railways, Keith Strickland has compiled the very best of his vast collection of railway photographs. From Austria to Zimbabwe and beyond, this book, the fifth of his photographic albums, celebrates parts of the world which have comprised some of Keith’s favourite steam destinations, reminisces about steam railways which have been lost and marvels at those which still constitute a major part of the local area’s infrastructure. Keith’s photographs not only reflect the unique atmosphere of steam trains, but are also a record of an era which is now history. With informative and interesting captions, this is a book which will appeal to armchair travellers as well as to steam fans. The royalties from the sales of the book will be donated to Railway Children, a UK-based charity which seeks to help street children who find themselves homeless in places such as railway stations.