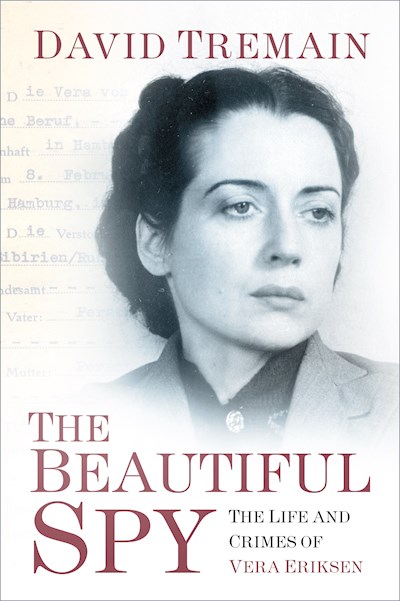 In September 1940 a beautiful young woman arrived by seaplane and rubber dinghy on the shores of Scotland accompanied by two men – one of Germany’s many attempt to penetrate British defences and infiltrate spies into the UK. This seems to be one of the few established facts in the otherwise mysterious tale of Vera Eriksen. Even the origins of the woman described as ‘the most beautiful spy’ remain hazy, as does her ultimate fate. David Tremain delves into the archives, and in doing so begins to reveal glimpses of her fascinating life story: her career as a dancer in Paris; a tumultuous and violent dalliance with a White Russian officer of uncertain identity; her time in England with the Duchesse de Château-Thierry, an Abwehr agent; the suspicious and untimely death of her husband, and a rumoured pregnancy. The Beautiful Spy also grapples with perhaps the biggest mystery of all: what happened to Vera after she was released by the British?