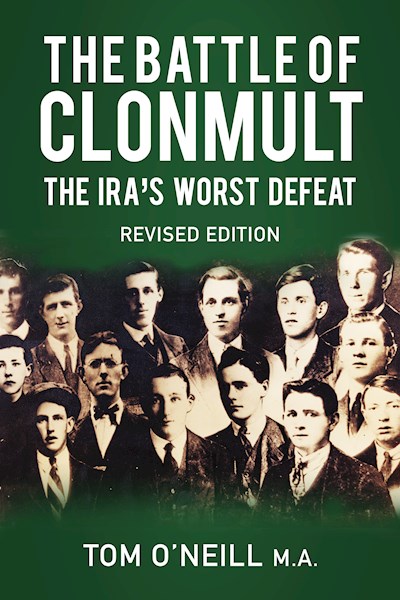 The Battle of Clonmult was the IRA’s greatest loss of volunteers in a single engagement against Crown Forces. On Sunday, 20 February 1921, at Clonmult near Midleton in County Cork, almost the entire east Cork flying column was wiped out having been surprised by a British Army patrol later reinforced by Auxiliary Police. Only one IRA man escaped the attack. Twelve were killed, seven after they had surrendered, and two of the eight captured were later executed. In this balanced and factual account of the Battle of Clonmult, Tom O’Neill includes the formation of the column, the events leading to the battle, a detailed account of that terrible day for the IRA locally and nationally, the aftermath, trials, executions and reprisals. This book goes into detail of how the British Army located the column even though the informer had mistakenly directed them to the wrong house, and this revised edition draws on the original 1921 Military Court file of the Clonmult prisoners to provide new information on the battle.