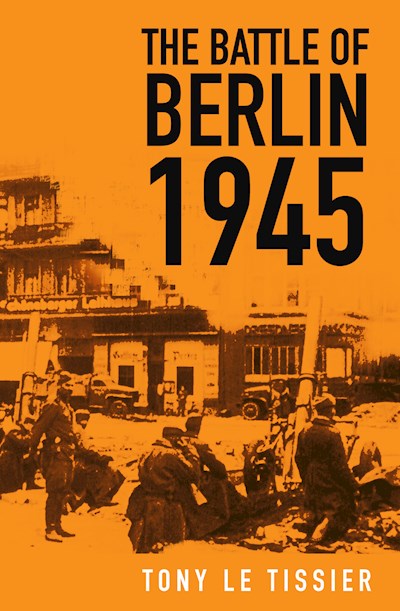 The Battle of Berlin was a battle on an unprecedented scale. The Soviets massed 1.6 million troops forOperation Berlin, and Marshal Zhukov in the centre had half of them, but his initial attack floundered, lasting four days instead of one. It was so costly that he had to revise his plans for taking the city, and to revise them yet again when Stalin allowed his rival, Marshal Koniev, to intervene. The battle thus became a contest for the prize of the Reichstag. Meanwhile, Hitler and his courtiers sought to continue the struggle in the totally unrealistic atmosphere that prevailed in his bunker, while soldiers and civilians alike suffered and perished unheeded all around them.

In The Battle of Berlin 1945, Tony Le Tissier brings us the definitive history of the last great battle of the Second World War – a fight to the death in the smouldering ruins of the capital of Hitler’s Third Reich.