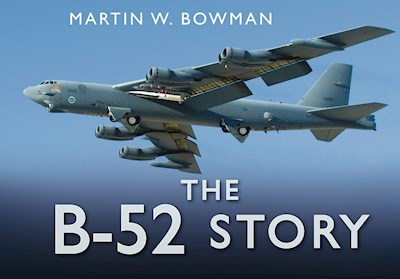 Incredibly, the first B-52 flew on 15 April 1952. During the Cold War Strategic Air Command’s fleet of B-52s were at a moment’s readiness to make a one-way trip to targets in the Soviet Union and the road to perdition, or destruction. SAC’s motto was ‘Peace Is Our Profession’ although General Curtis E. LeMay maintained they were already ‘at war’. The B-52 or ‘High Altitude Plough’ and ‘Aluminum Overcast’ symbolised America’s nuclear defence posture in the Cold War with the Soviet Bloc, which became one of Mutually Assured Destruction (MAD). Dr. Strangelove: or, How I learned To Stop Worrying and Love the Bomb appeared in 1963, a searing black comedy featuring B-52s in the leading role. Who can ever forget Slim Pickens astride a nuclear bomb rodeo fashion as it descends from the bomb bay of a B-52! The B-52 has been upgraded many times and has assumed several new roles. Apart from the formidable threat it provided during the ‘Cold war’ it has played a significant part in all US overseas military operations since Vietnam. The more recent include Desert Storm in 1991, the Balkan Conflict, Afghanistan and the liberation of Iraq. The B-52 is still in service around the world and it is predicted that it will continue to do so until 2040.