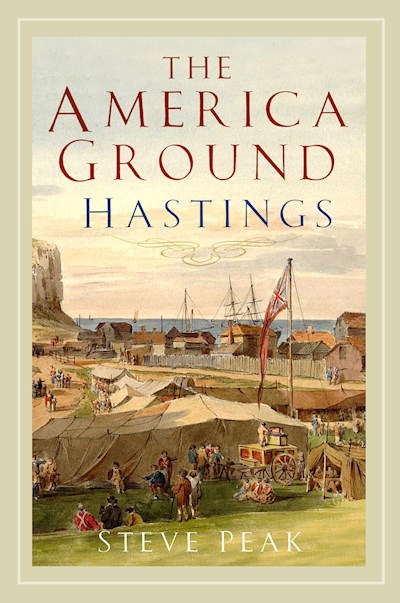 The America Ground: 8½ acres of Hastings town centre that in the early nineteenth century was an open section of beach, apparently beyond the borough boundary and with no obvious owner. Free from the rules of local authority and taxes, this almost lawless area was gradually occupied by a thousand or more people, many of them squatters, who lived and worked there – until they were all evicted by the government in 1835.

This is the story of that beach, which became almost ‘independent’ of the ancient town (like America had of England), but ultimately played a crucial role in expanding the old fishing port into a modern seaside resort.