By T A Heathcote 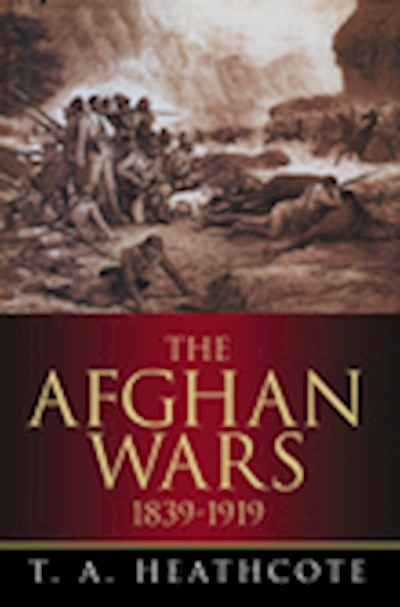 By T A Heathcote

First published in 1980, shortly after the Soviet invasion of Afghanistan, this book speedily became a standard work of reference at military academies and staff colleges in the UK and overseas. Following the intervention of the United States and British armies in Afghanistan following the attack on the World Trade Centre in September 2001, copies of the book have been increasingly in demand. This new paperback edition, with a new final section summarizing events in Afghanistan up to the present time, is intended to meet that need. T.A. Heathcote departs from the Eurocentric approach of most British military historians and sets the causes and events of the Anglo-Afghan wars firmly in their Asian context. Afghan Wars 1839–1919 is as much a political as a military history. Using previously unpublished official dispatches and private letters as well as existing histories, this book was the first work by a British academic to tell the story of all three Anglo-Afghan conflicts in a single, accessible volume. It remains essential reading for anyone with an interest in the study of warfare in on of the world’s most hostile environments, now once again a focus of international attention.